Marvel has announced that Paul Cornell and Ryan Stegman will relaunch Wolverine after the current arc, "Killable" wraps up and it seems Logan's just wants to take it easy and slow things down a bit... by joining a group of villains? 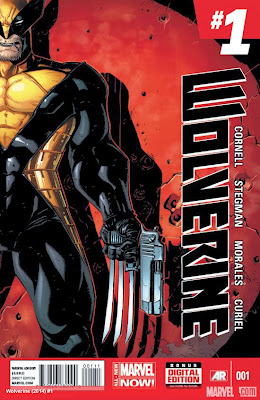 He dodges the lingering question of Logan's mortality/healing factor, but all signs are pointing to that being out of play for a while.

This whole idea implies, of course, that Mr. Muttonchops will be out of The X-Teams and Avengers. (If he's still in those books, on those teams, I'm gonna start breaking things.)
So kids, what do you think of this WWE style, "Hero Turns Bad" idea?
at 4:51 PM