A Master Plan For The Future Of THE BATMAN Movie Franchise. For Free. 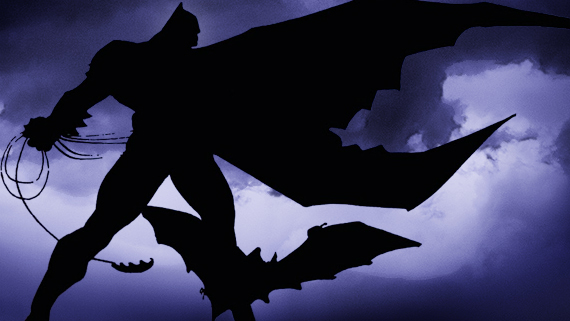 Now that Christopher Nolan's reign of Gotham is complete, the question that's already been lying on the table is "What's next for Bruce and the Cowl?" because, as The Amazing Sider-Man reboot has shown, starting over is a sticky wicket.

But I have a solution that I'm offering free of charge to those Powers That Be should they choose to take advantage of my idea...

First, let's point out that we all know the inherent problems with a "sooner than necessary reboot". Over familiarity crates a lack of "newness" or a feeling of unsubstantial difference. So, time helps. A lot. It was far too soon for Sony to relaunch Spider-Man and Warner should note that and progress slowly towards their future with a solid plan.

There's no rush. They own the characters, no one's going to take them away. So, that's the first step of the plan: Take time to build a plan... one that considers and takes into account that over-familiarity... and uses it. A plan like mine.

My Master Plan, in a nutshell, is to start adapting BATMAN's greatest stories under a "LEGENDS OF THE DARK KNIGHT" umbrella title. Something of a anthology series, but certainly not all stand alone movies either. I'll elaborate.... 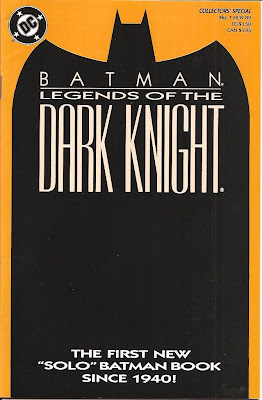 Legends Of The Dark Knight was an anthology comic book series DC printed for a while and the simple idea was to get top creative teams to tell Batman story arcs that were not always set in the normal DC Universe and/or were left of center, but not restricted in the same ways the regular Bat-Books were. These were some good yarns. Seldom seen in these tales were Alfred, Gordon, or the typical villains his exploits were known for. Most tales took place in his early days (or Year One as it's often referred to in honor of the Frank Miller Batman series of the same name) but the rotating teams on occasion pushed stories into the present or even the future. The book was canceled in 2007 to make way for Batman Confidential a book more focused on Bruce's presonal exploits and explanatory side tales. It's back in an online only form that launched with a tale by Lost's Damon Lindleof.

The approach I'm suggesting would be very similar to that. Pairing great talent with great stories. Using the "LOTDK" banner as an overall brand title allows the studios, writers and directors to take the series in any direction desired, using any source material they like. And it should not just be stories from the LOTDK comics. There are hundreds of stand alone Batman stories and graphic novels out there to choose from, many of which are considered masterpieces of the storytelling art form.  Single film stand-alone tales, two-parters or full on trilogies, depending on the general length of the source material, it's all doable within this frame work.

Which is perfect - some stories can't be stretched out to three films and some creative talents don't want to be attached to Multi-Picture deals. What if a director or actor wanted to just dip his toes in the Bat-Pool so to speak?

No Big Deal with this plan.

The Cohen Brothers want to adapt The Killing Joke as a one-and-done and with Josh Brolin as Bats and Sharlto Copley as The Joker? We can do that under the "Legends" banner. Darren Aronofsky and Frank Miller want to restart their studio-killed adaption of Batman: Year One? Go, on, get workin' boys. James Cameron on The Dark Knight Returns and he wants to film all three parts at once? Surely, where's the checkbook?

Who knows what will happen if you open a door like this?

Maybe someone like Oliver Stone has something Bat related kicking around in his head? Well, all-new material (like Nolan's) could fit right in and not be out of place. Maybe Tim Burton has a favorite Bat-tale and would take another stab (may we suggest something with Bat-Mite, Tim)? Dear Sweet Jesus, let Terry Gilliam or David Fincher take a mind-warping, surrealist swing at Grant Morrison and Dave McKeane's Arkham Asylum: A Serious House on Serious Earth (aka Batman: Arkham Asylum) before I die.

What's your "LEGEND OF THE DARK KNIGHT" dream team, Warner Brothers? Why not have all of them? Shit. What would Quentin Tarantino do if given free reign?

It's a way to say "Anything Goes" that works and at the same time reduces studio risk. Proven stories brought to life by proven talent. It's a format that would even allow for the Joker to reappear on screen.

In a sense, if one looks at the history of the franchise, this is kind of what has happened anyway. Every few years, new hands come in, and create awesome stuff (usually). Why not just accept it as "the model" for which it is and brand it? With Nolan moving on but also having set the bar, the real challenge will be to keep that momentum of "gravitas" going, as well as keeping high caliber, super-skilled, directors and talent interested in the property. Everything above covers that.

Devin at BadassDigest listed 5 things he'd like to see the franchise do as it moves forward, I agree on all of it (go read it geekboy), and all of it could happen under a "Legends" banner: More direct adaption of key stories, Less origin stuff because we know it all, Change the costume, Interplay with the rest of the DC Universe and Bats being a real Detective.

The costume being different every movie would finally make sense. We could see tonal shift from film to film and it would be okay. Time periods could vary (imagine Bats in the '70's!) and if the studio were so bold they could even adapt the odder tales like Gotham By Gaslight (though I wouldn't really recommend that one). Even the tale of the time Bruce got all hooked on Venom, the drug that gives Bane his Badness would be open for interpretation.

Hell, if Judd Apatow wanted to parody the 1960's Batman TV show as tounge-in-cheek comedy like those Brady Bunch movies from a while back, and they could convince the studio that Will Farrell and Steve Carell would be a great Dynamic Duo, so be it, I guess. The door is open.

It's dream casting to the utmost level... and yet, totally doable.

So, if you know any of the Warner Brothers, or a way to get their attention, have 'em get a hold of me.
I'll take calls from their sister Dot, too.