I watched 82 movies this year. After a very complicated system of ranking that Bill won’t let me write about because it involves math (shout out to tabroom.com) I have decided on my top ten (16 if you count the honorable mentions).

Quick note up front that I think should be obvious but I feel I have to mention. THESE ARE MY OPINIONS! When you break it down, all film criticism is theoretical. I do everything I can to justify my rankings but if you disagree with me, that’s ok. Human beings are allowed to have different opinions. We don’t have to fight about it.

[If you'd like to hear Ed and Bill break this list down further, they recorded just such a thing available only at our Patreon! Consider supporting us, maybe?]

10. Game Night (New Line Cinema)
This is the first truly funny studio comedy I have seen in a while. There some hysterical moments (For future reference, your dog does not have to match your carpet) and strong acting from Jason Bateman, Rachel McAdams and Jesse Plemons. However the real standout to me was Kyle Chandler, who I fell in love with on an old TV show called Early Edition and for the last decade or so he has been relegated to playing uptight suits in big prestige movies. It was nice to see him stretch his legs for a change.

9. Spider-Man: Into the Spider-Verse (Columbia Pictures)
This isn’t just a throw-away cartoon Spider-Man movie. This is a sprawling story that could not be told in live-action and until I actually saw it, I thought could only be told in comics. Plus the visual aesthetic of this film is so unique that you can find new things to appreciate every time you re-watch it. 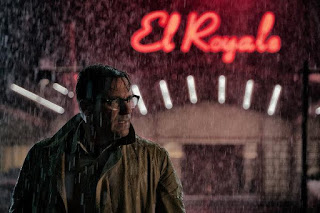 8. Bad Times at the El Royale (20th Century Fox)
This a fun throwback to ‘90s Tarantino films. I feel like it is what Four Rooms was supposed to be. The winding narrative and multiple perspectives lend nicely to this movie’s re-watchability. Chris Hemsworth also has a turn as one of the most charming and scary bad guys I have seen in a long time.

7. First Man (Universal Pictures)
I heard a lot of guff about this movie from people who didn’t see it and that’s a shame. It is not a big epic. This is a small film about a person in extraordinary circumstances. It explores the limits of sacrifice and really makes you appreciate the cost of human achievement. 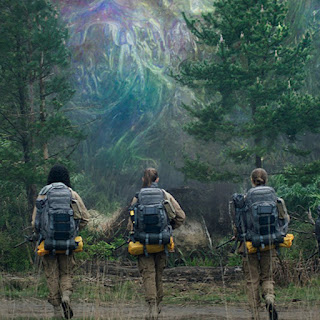 6. Avengers: Infinity War (Marvel Studios)
I have always approached the MCU as the most expensive television series ever produced and this is the mother of all cliffhanger finales. There are so many payoffs to seeds planted over the last decade, and despite having a couple dozen main characters, pretty much everyone gets their moment.


5. Won't You Be My Neighbor? (Focus Features)
This movie came out at exactly the right time. We live in a world now that is filled with pain and doubt and this film reminds us of a person who devoted his life to teaching children that everyone is capable of doing good and bringing magic and excitement to the lives of those around them. Next time you encounter an angry person, try to get them to watch this film.

4. Annihilation (Paramount Pictures)
Not enough people saw this film. It is dark, scary, mind-blowing sci-fi. It is one of those movies that leaves you shuffling like a zombie in the parking lot and leaning up against your car trying to understand what you just saw. I wish it had come out later in the year so it would have a better shot at awards consideration. 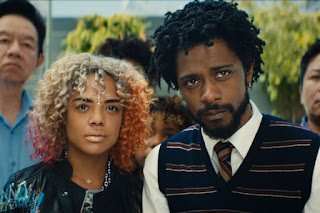 3. Assassination Nation (Neon)
Yet another movie that not enough people saw in theaters. I personally never thought I would be able to relate to high school age girls but this film proved me wrong. The plot-twists are gut-wrenching. Everything my friends have always told me a Punisher movie should be like, this film actually achieves.

2. Sorry to Bother You (Annapurna Pictures)
This movie is so screwed up. It made me afraid to daydream. The narrative structure and visual style are entrancing and there is a plot twist in act three that would break most movies but feels totally earned in this case.

1. Mission: Impossible – Fallout (Paramount Pictures)
M:I is one of the few franchises that gets better with each installment. Every set piece is stunning and the use of practical stunt work should put every other contemporary action movie to shame. The Academy really needs to add an Oscars category for Stunts because movies like this deserve to be recognized. As Ethan Hunt would say “Figure it out!”