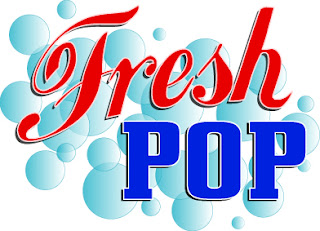 Welcome to our daily rundown of Pop Culture News web links. From the geeky to the cheeky, from insane to mundane, foolish to cool-ish, we're serving it up fresh, just for you...

Game Of Thrones Valentines! Get them now before it's too late!

Burger King Admits To Using Horse Meat. They had "Neigh Idea" but the Budwieser Clydesdale are pissed.

Warner Bros is testing out its archive service. It's coming soon to a home near you.

i09 made a calander of all the Sci-Fi and Fantasy stuff coming to you this month.

Playstation 4 is definitely, probably, maybe, could be, announced at upcoming Sony event.

The Walking Dead has a "Dead Yourself" app. So why not see what Ryan Gosling and other celebs look like if they returned from the dead.


NBC's "DO NO HARM" premiered to the absolute worst ratings ever for a scripted series. Sure the odds might have been a little stacked against it, but even I didn't wanna watch it - and I watch a lot of certified crap. This show suffered from an ad campaign than only showcased it's hook, but nothing about how that hook was executed. Wanna know who I feel bad for? Sam Levine. Inglorious Basterds aside, here's a young actor who just can't catch the break he really deserves. Get this guy on a sitcom.

Speaking of Sam, if you're not catching the Kevin Pollak Chat Show you're missing out on some of the best celeb interviews going. Seriously, go there, browse the list, find someone you like and listen or watch. Gooooood stuff. (also on iTunes, Hulu and Youtube)

Stephen King talks about DOCTOR SLEEP his sequel/follow up to THE SHINNING and some other stuff.

I got nothing else! Come back Monday for more Fresh Pop. Be here Sunday around noon for "Meanwhile" my weekly web video wrap up! Previous installments of BOTH columns can be found using the label tags below!