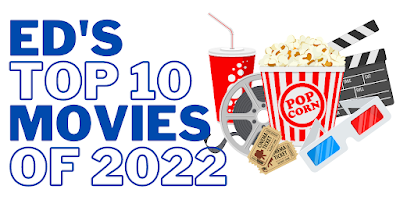 Greetings Wicked Theory readers! My Buddy Bill has been gracious enough to let me post my top ten movies list here this year. I saw 112 new films over the past 12 months. Below are my top ten (16 if you count the honorable mentions).

Quick note up front: THESE ARE MY OPINIONS! There were many other movies that I enjoyed this year. The ones on this list hit me in the feels.

So here it is. First, Honorable Mentions: 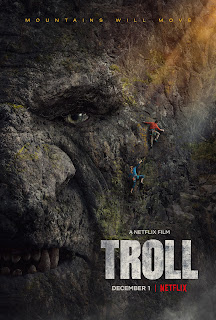 This is Denmark’s stab at a Kaiju movie and boy, does it deliver. Most Godzilla movies leave me bored with the pesky humans and anxious for the big guy to show up again. Troll, on the other hand, has much more engaging human characters with real personalities and motivations for an audience to invest in. Finally, the creature effects were top notch and the reveal of the Troll was truly awe-inspiring.

Alexander Skarsgård stars in this fever dream of a movie about a Viking bent on revenge. While this story feels like it could have been adapted from ancient poetry, it offers different viewpoints of the narrative that make it feel modern and realistic. Plus, the music and visual ambience are moving enough to inspire one to tear off their shirt and run into the night wielding an axe!

I would swear Guy Ritchie made this movie. It has all the visual flair, quirky characters and fast-paced dialogue of Snatch but with a more international cast and David Leitch (Atomic Blonde, Deadpool 2) takes it to the next level with top-notch fighting and stunt work.

Never underestimate Big Jim. Many fanboys (myself included) have written off Avatar over the years but I’m willing to admit when I’m wrong. The Way of Water, like its predecessor, offers an immersive experience that should be viewed in 3-D on the largest screen available. Also, the family aspect of the film brings in great new characters and makes the story even more engaging than the first film. 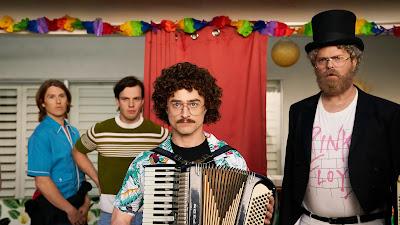 Yes, I know it is shocking. “Ed, how in Hell could a fake biopic about a parody musician rank higher on your list than Avatar 2?” Weird is a rare breed of movie… Rarer than the White Stagg. It is a truly silly farce that harkens back to the great Zucker brothers’ comedies of the 1980s that does not bother with sentimentality and focuses solely on delivering as many jokes per square inch as possible. It is, pound-for-pound, the funniest movie I have seen in a decade. I hope to see more like it in the not-too-distant future.

Predator, much like its cousins Alien and Terminator, is a seminal action franchise of the 1980s that has suffered a slow death as each new installment became bloated and convoluted. Prey is a refreshing turn in the other direction. Trachtenberg gets back to basics and takes us back in time to the 18th century American frontier, where a young Comanche girl discovers something dangerous hunting in the forest. It is a simple story told with killer suspense and effects.

Tom Cruise saved movie theaters this past summer. I can’t think of this movie without smiling. Pure Adventure.

Over the past few years, it seems like every big-name director has decided to make a semi-autobiographical film about a young version of themselves falling in love with movies. It should be no surprise that Steven Spielberg has directed the best example of these films. The coming-of-age story is paired with a heartbreaking narrative of a loving family that slowly grows apart.

How do you make a Batman movie feel fresh and unique again? Well Matt Reeves decided to get back to basics and really focus on the caped crusader’s detective skills. This film has the big, giant effects extravaganza finale we have come to expect from superhero fair, but everything that comes before that feels like a ‘40s noir. The rain, the street lights… I also loved how Reeves built the world out and included many classic villains as supporting characters. The sequence where the Batmobile chases down the Penguin has to be my favorite cinematic moment of the year. 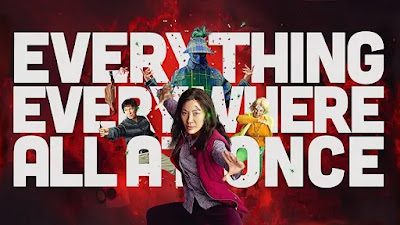 #1 Everything Everywhere All at Once (A24)

The title says it all, really. This movie has the whole package. It uses high concept genre conventions to tell a deeply emotional story about family, love and the choices we make in life. Michelle Yeoh delivers a knockout performance and shows us that bravery comes in all shapes and sizes.