Welcome to the DC TV Report for the week ending Saturday July 17th, 2021. I'm here to bring you recaps, news and commentary for all live-action television shows based on DC Comics. There were 3 new episodes this week including one penultimate episode. 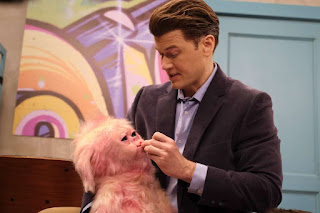 DC's Legends of Tomorrow - S06E09 "This Is Gus" 1) It was Beyrad's birthday and the Legends dropped into 2023 Vancouver to track a cute pink alien that had crashed a taping of Beyrad's favorite sitcom. 2) Mick checked in with Lita and was shocked to learn she was preggers. Last Minute Reveal: Gary revealed that Mick is pregnant with Kayla's baby! 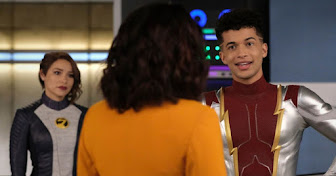 The Flash – Season 7 Penultimate "Heart of the Matter, Part 1" 1) Barry got to meet his grown kids, Nora aka XS and Bart aka Impulse, and enlisted their help in stopping the Godspeed attacks. 2) Allegra's down attitude after her cousin's death caused her powers to go out of whack. 3) Joe felt weird after Kramer lied to the FBI about what they learned from Adam Creyke. Last Minute Reveal: After getting plugged into August Heart's brain, Barry was greeted by Godspeed Prime! 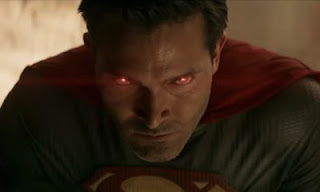 Superman and Lois - S01E12 "Through the Valley of Death" 1) Clark writhed around Tal Rho's desert fortress trying to keep control of his body after being injected with the consciousness of General Zod. 2) John Henry Irons shared tech with General Lane and refused protests from Lois, insisting that killing Superman was the only option. 3) Jonathan encouraged Jordan to work at his super hearing and listen for Dad. 4) The Cushings took flack from the town for their early support of Morgan Edge. Last Minute Reveal: Morgan Edge sat in his Kryptonite-lined cell and heard a voice tell him to complete his mission!

Ed’s Winner for the Week:  Childhood Role Models - For his birthday on Legends, Beyrad got to meet and even give a pep talk to the sitcom star who inspired his lifestyle. The Flash learned his son Bart had a special connection with OG Flash Jay Garrick. Finally, John Henry Irons finally got it through his head why everyone has the utmost faith in Superman.

Peacemaker Filming Comes to an End