Welcome to the DC TV Report for the week ending Saturday August 21st, 2021. I'm here to bring you recaps, news and commentary for all live-action television shows based on DC Comics. There were 4 new episodes this week including 1 finale. 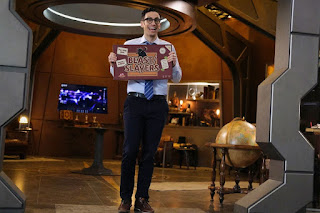 
DC's Legends of Tomorrow - S06E12 "Bored on Board Onboard" 1) The Legends murder mystery role play was ruined when Constantine's magical roid rage made him decide to make the game real. 2) While everyone else was trapped in the game, Gary and Mick were surprised when an injured Kayla docked with the drifting Waverider. Last Minute Reveal: Sara heard music down the hall and was dumbstruck by what she found!

DC's Stargirl - S02E02 "Summer School Chapter Two" 1) Courtney was feeling jealous after Pat took in Jenny Hayden and tried to teach her how to use her father's green lantern and ring. 2) Barbara got a creepy vibe from a dapper antiques collector named Richard Swift. 3) Cindy used the Eclipso gem on her stepmother Bobbie, who began hearing voices telling her to try and kill Cindy. Last Minute Reveal: Cindy was upset the Eclipso gem took hold of her and turned Bobbie to dust! 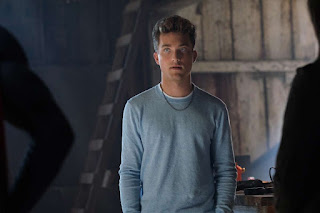 Superman and Lois - Season 1 Finale "Last Sons of Krypton" 1) Zeta-Rho inhabited Jordan's body and ordered Tal-Rho to begin the Eradication of Earth in Smallville. 2) Lana and Kyle decided to stay and help General Lane keep the peace in town. 3) Lois asked Clark and John Henry to give her a chance to use telepathic tech to try and reach out to Jordan. Last Minute Reveal: A space vessel crash-landed on the Kent farm and Natalie Irons stepped out, gave her dad John Henry a hug and called Lois "Mom!" 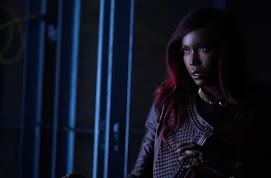 Titans - S03E04 "Blackfire" 1) Dick snatched Scarecrow during a prison transfer and drove him into the woods to try and draw out Jason. 2) Kory figured out her visions were being sent to her by her sister, Blackfire, who was being kept prisoner in an underground DOD facility. Last Minute Reveal: A sniper's bullet ordered by Barbara hit Dick and allowed Jason to escape!

Ed’s Winner for the Week:  Sibling Bonds - All 4 eps this week featured at least one character trying to reconnect or learn more about a sibling. On Legends, Beyrad tried warning Zari that Constantine was bad news. Stargirl featured Jenny believing that learning about her superhero father would help her find her long lost brother. Superman and Lois were saved when Jordan snapped out of his trance before roasting Jonathan. Finally, Starfire's psychic bond with her sister, Blackfire, led to a surprisingly easy prison break on Titans.

Superman & Lois Season 2: What to Expect When the Show Returns

Finn Wittrock sets the stage for 'sprawling' Green Lantern series: 'It's not your average superhero story'