Welcome to the DC TV Report for the week ending Saturday August 28th, 2021. I'm here to bring you recaps, news and commentary for all live-action television shows based on DC Comics. There were 4 new episodes this week including 1 premiere. 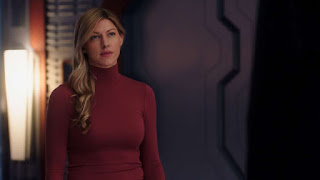 DC's Legends of Tomorrow - S06E13 "Silence of the Sonograms" 1) A new clone of Bishop allowed Sara to lock him up and offered to help Ava with her wedding plans. 2) On advice from Bishop, Mick poured a nutrient mix in his ear and went into labor. 3) Zari asked Astra for help getting John to detox from magic. Last Minute Reveal: After being thrown around the room by himself, Constantine took a magic swig and decided to listen to Bishop's proposal! 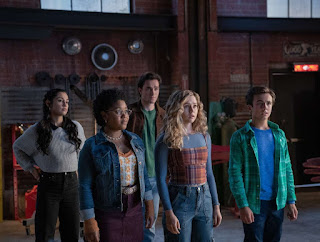 DC's Stargirl - S02E03 "Summer School Chapter Three" 1) Mike picked up a pen and became the new controller of Johnny Thunder's magical Thunderbolt. 2) Pat, Courtney and the JSA took their time to carefully plan how to locate and capture Richard Swift aka the Shade. Last Minute Reveal: The Shade stood looking over Blue Valley with the empty box that once contained the Black Diamond and commented that Pat will get all of those kids killed! 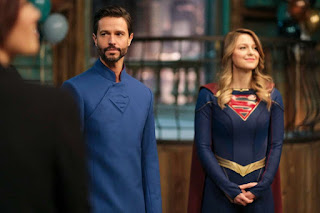 Supergirl - Midseason 6 Premiere "Welcome Back, Kara" 1) Kara was happy to be home but became overwhelmed getting back in the flow of working for Andrea and dealing with post-traumatic stress. 2) Zor-El took it upon himself to try solving Earth's ecological crisis and avoid the mistakes he made on Krypton. 3) Nia and Lena bonded talking about grieving their lost mothers. Last Minute Reveal: Nia woke up in the middle of the night and cried out "Nxly!" 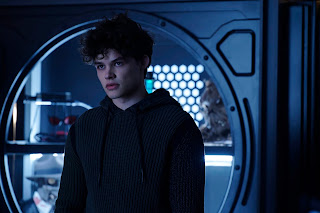 Titans - S03E05 "Lazarus" 1) After escaping the GCPD into the woods, Scarecrow told Jason of his plan to unleash fear and terror upon Gotham so they could provide the answer. 2) 3 months earlier, Jason was disappointed that Bruce made him see Dr. Leslie Tompkins for therapy. Last Minute Reveal: Molly Jensen begged the newly red-hooded Jason to seek help and cried as he walked away!

Ed’s Winner for the Week: Super gizmos and serums - We saw all of our heroes using remarkable items or mixtures this week. Mick had an earful of Bishop's labor-inducing concoction on Legends. Mike clicked a pen and unleashed the Thunderbolt on Stargirl. Supergirl's Dad tricked out a robot to solve the ocean garbage problem. Finally on Titans, Jason followed Scarecrow's instructions to produce his "Fear antidote."