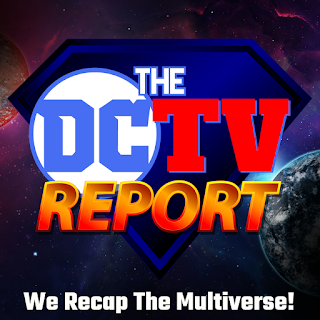 Welcome to the DC TV Report for the week ending Saturday October 9th, 2021. I'm here to bring you recaps, news and commentary for all live-action television shows based on DC Comics. There were 5 new episodes this week. 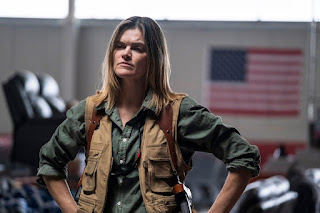 Y: The Last Man - S01E06 "Weird Al Is Dead" 1) 355 brought Yorick and Dr. Mann to hold up in a church after she saw soldiers flashing her picture around. 2) Kimberly showed Regina Oliver around the White House, trying to figure out their next power play. 3) Hero, Sam and Nora each had different experiences getting used to life under Roxanne's rule at the Price Max. Last Minute Reveal: Nora witnessed 3 Amazons stomp out poor Kelsey for being friendly with Sam! 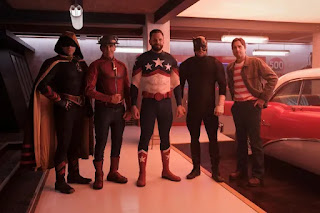 DC's Stargirl - S02E09 "Summer School: Chapter Nine" 1) While a heavy storm began to hit Blue Valley, Pat thought back on the hard choices the JSA had to make the first time they faced Eclipso. 2) Mike and Barbara were each confronted by members of the Mahkent family looking for revenge. Last Minute Reveal: While Courtney yelled at her mom for keeping secrets from her, Kid Eclipso watched from the window smiling! 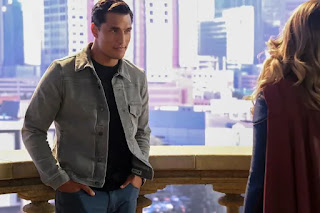 Supergirl - S06E14 "Magical Thinking" 1) Kara and the Tower heroes scrambled after Nxly found the Humanity totem and caused everyone in the area to lose all compassion and begin violently attacking each other. 2) Despite encouragement from Kara, Lena was hesitant to try out her new spell book. 3) William began shadowing the Super Friends and became conflicted over what he should or should not report. 4) Kelly placed an alien orphan named Esme with a new foster family and things did not go as planned. Last Minute Reveal: Despite losing the humanity totem, Nxly was determined to collect the rest and succeed! 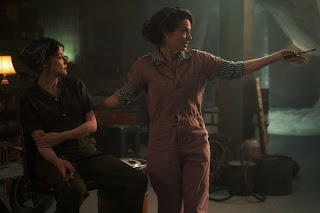 Doom Patrol - S03E05 "Dada Patrol" 1) Laura DeMille sent the Doom Patrol to encounter the fog of introspective visions that is the Sisterhood of Dada, and then got drunk with Rita lamenting her crummy lot in life. 2) Cliff got high from overdosing on his Parkinson meds and talked about fearing death with a Japanese girl in a glass box. 3) Vic got turned back online by his Dad and was force to face his identity complex. 4) Jane was wooed by Shelley Byron aka The Fog to let Kay abandon the Underground. 5) Larry developed a growth that kept slithering around under his skin and decided to stay with the bus. Last Minute Reveal: Rita stole Laura's time machine! 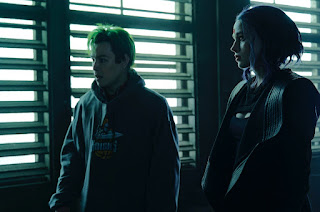 Titans - S03E11 "The Call Is Coming from Inside the House" 1) Scarecrow battled his inferiority complex and ordered Jason to call out Dick in public. 2) Dick refused to let Connor join him in the fight. 3) Tim and Donna met up and went to his family's noodle shop to regroup and strategize. 4) Gar and Rachel followed energy flows looking for a Lazarus Pit in Gotham. 5) Kory confronted the mother of a baby she recognized from a vision and saw another vision explaining the truth about her powers. Last Minute Reveal: Jason returned to the Batcave to find a gutted pizza delivery guy and Scarecrow with a slashed face telling him the time for masks was over!

Ed’s Winner for the Week:  Looming Big Bads - All of our heroes were haunted by the spectre of the main villains in each of their current seasons. Regina Oliver began to strut around the White House, making her presence known to Jennifer on Y. Eclipso decided to haunt all the Dugans with visions on Stargirl. Supergirl was still one step behind Nxly and forced to keep cleaning up all the mess in her wake. The Doom Patrol finally got to meet the Fog and learn about the Flagellation. Finally, Scarecrow had a schizophrenic break on Titans.

Olivia Thirlby Discusses 'Y: The Last Man' and Her Very Unusual Journey to Getting Cast as Hero Brown