Welcome to the DC TV Report for the week ending Saturday September 18th, 2021. I'm here to bring you recaps, news and commentary for all live-action television shows based on DC Comics. There were 6 new episodes this week including 1 series premiere. 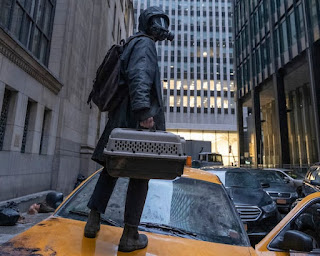 Y: The Last Man – Series Premiere "The Day Before" 1) Cash-strapped, amatuer escape artist Yorick Brown wanted to propose to his girlfriend, Beth, even though he had no money and few prospects. 2) Yorick's sister Hero was having an affair with her EMT partner. 3) Yorick and Hero's mother, Jennifer, a congresswoman, was making waves in Washington after she called the President a misogynist on CNN. 4) A federal agent blew up a domestic terrorist with his own bomb and reported for her next assignment. Last Minute Reveal: Moments after every male on Earth coughed up blood and dropped dead, Yorick was woken up by his pet monkey throwing cheetos at him, saw he had no phone service and heard mayhem happening outside! 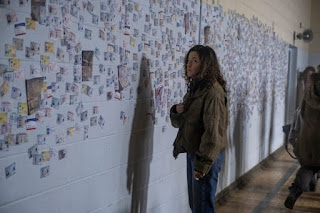 Y: The Last Man – S01E02 "Would the World Be Kind" 1) 63 days after, President Jennifer Brown was busy trying to pull the country together, taking flack for moving up the timeline for the evacuation of New York, and sending Agent 355 on a mission to find her daughter Hero. 2) Hero was insistent on avoiding contact with her mother and bumped into the wife of the man she murdered the night before. 3) While Yorick was on one of his daily excursions to leave messages for Beth that he was still alive, Ampersand the monkey wandered into a flooded subway station. Last Minute Reveal: To the shock of everyone, Agent 355 reunited Yorick with his mother! 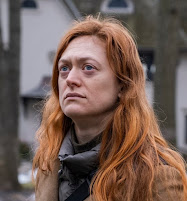 Y: The Last Man – S01E03 "Neil" 1) Agent 355 worked to persuade Jennifer that Yorick would not be safe at the White House. 2) Jennifer faced 2 challenges to her power after an ultra right-wing cabinet member woke from a coma in Tel Aviv and Kimberly tried to cultivate support amongst those loyal to her father. 3) Nora Brady and her daughter Mackenzie found themselves alone with no power, little food and scavenger birds encroaching. Last Minute Reveal: The helicopter being flown by the two pilots who brought Yorick to DC blew up and crashed in the mountains and Agent 355 told Yorick they were going to keep going! 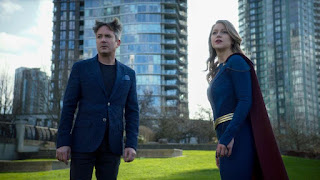 Supergirl - S06E11 "Mxy in the Middle" 1) Kara and the Tower heroes worked to protect Mr. Mxyzptlk from Princess Nxly's revenge. 2) Nia felt guilty about freeing Nxly but was reluctant to come clean to Kara. 3) Lena traveled to her mother's hometown hoping to learn more about her family history and did not like what she found. Last Minute Reveal: Nia woke up with knowledge that Nxly was looking for the Allstone totems and Kara was ready to take Nxly on without holding back! 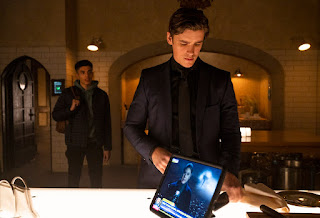 Titans - S03E08 "Home" 1) Dick was approached by Tim Drake, who claimed to know his secret identity and asked to be the next Robin. 2) Kory walked in on her sister and Conner having sex and had another vision. 3) Jason ran out of antidote and began feeling remorse for his actions. 4) Scarecrow epically failed an evil plan and decided to visit his Mom. Last Minute Reveal: After Scarecrow tricked Kory into poisoning the water supply, Barbara watched her office get mopped up and saw the new Titans signal turn red in the sky!

Ed’s Winner for the Week:  The First Battle of the JSA vs. Injustice Unlimited - Going into this week I was positive that my winner was going to come from Y: The Last Man and while I really enjoyed all three of that show's early episodes, Stargirl came over the top rope to deliver what might be the best fight scene I have seen on television this year. We had three strong head-to-head matchups going simultaneously: Stargirl vs. Shiv, Hourman vs. Artemis and Wildcat vs. Fiddler Jr. Plus, we got to see Cindy keep her cool under pressure and rescue Mike. Each fight had its own unique elements and was allowed to fully develop leading to the big finish of Eclipso's shocking emergence. This is one of DC's most terrifying villains and I am now genuinely concerned that no one on this show is safe.

Y: The Last Man Star Ben Schnetzer on Bringing Yorick to Life for the New Series

How the Y: The Last Man TV Series Changes the Comics

Is Dead Boy Detectives A Doom Patrol Spin-Off? What We Know

‘The Batman’ Penguin Spinoff Series in the Works at HBO Max

Netflix's ‘The Sandman’: David S. Goyer Teases That the Most Tricky Stories to Adapt Will Be the Most "Genre-Bending"