Welcome to the DC TV Report for the week ending Saturday September 11th, 2021. I'm here to bring you recaps, news and commentary for all live-action television shows based on DC Comics. There were 4 new episodes this week including 1 Finale. A separate report on season 6 of Lucifer will be published later this weekend. 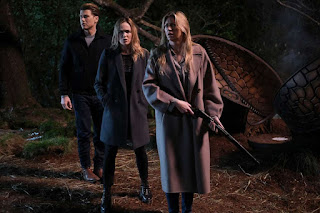 DC's Legends of Tomorrow - Season 6 Finale "The Fungus Amongus" 1) While Spooner lay in a coma, the Legends made it "What Would Sara Never Do Day" and timenapped a younger version of Bishop to wake up Spooner and help prevent the evil Bishop's impending alien invasion. 2) Beyrad swore that Constantine's spirit was living in a mushroom and everyone thought he was high. 3) Mick insisted to Kayla that he wanted to be a part of their 48 kids' lives. 4) Sara and Ava decided they wanted to get married right now! Last Minute Reveal: The triumphant Legends watched a second Waverider appear in the sky, blow up their Waverider and disappear!

DC's Stargirl - S02E05 "Summer School Chapter Five" 1) Cindy was unable to warm up to Cameron Mahkent and out of spite used the Black Diamond on Mr. Desinger. 2) Everyone on the JSA was juggling personal issues as they tried using the weather to track Eclipso. Last Minute Reveal: While painting his mural, Cameron's hand stiffened and his paintbrush fell to the ground, frosted over! 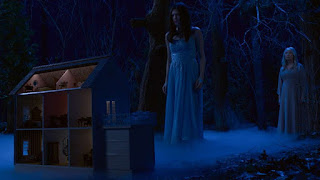 Supergirl - S06E10 "Still I Rise" 1) Nia got to spend a day with her dead mom, who immediately informed her she made a stupid bargain allowing Nxly to escape into the real world. 2) Nxly joined forces with Mitch the alien poacher and tricked him into helping her find a way to restore her Impish powers. 3) Supergirl decided to try and use her social media influence to sway the City Council from voting to scrap a housing program for paroled convicts. 4) Kelly was having a rough first day of Guardian training with Alex. Last Minute Reveal: Kara stood helplessly watching Nxly bring the Ornfeld building to the ground and summoned Mr. Mxyzptlk for help! 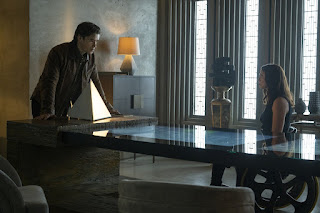 Titans - S03E07 "51%" 1) Scarecrow immobilized Jason as the final leg of his plan to get Gotham addicted on the antidote began. 2) Dick convinced Barbara to reactivate the Oracle computer in an attempt to track down Scarecrow. 3) Kory and Blackfire did some sisterly bonding while trying to get intel from a mob queen. Last Minute Reveal: Gar knocked on Molly Jensen's door, showed her the letter she wrote to Jason, saying he wanted to help and she let him in!

Ed’s Winner for the Week:  The AvaLance Wedding (Jes Macallan and Caity Lotz) - One of the hallmarks of Legends of Tomorrow is the show's bonkers finales and the latest installment did not disappoint. The spur-of-the-moment outdoor ceremony featured our heroes fending off an alien invasion, Spooner discovering her power-swapping powers, and good ole Gary stepping up in the clutch to be the greatest wedding planner in history. It was a beautiful moment for a wonderful couple. Co-Captains Forever!

Stargirl: Which DC Hero (Or Villain) Will Cameron Become?

James Gunn Denies Reports Bane Is in the Peacemaker Series

Y: The Last Man’s showrunner on adapting the comic: ‘It’s not a blueprint for television’

Y: The Last Man Showrunner Eliza Clark on Adapting the Comic and How "F-cked" We Are